Quaker Social Action's origins are in east London, and much of our work continues in this distinctive area.

But this picture is changing.

New figures from 2016-17 reveal that QSA's reach and influence now stretches across the UK.

The growth of funeral poverty across the UK is one of the main drivers for the expansion of Quaker Social Action's services across the country.

At the same time QSA's financial capability project Made of Money continues to share its unique approach with other organisations.  In the last eleven years the Made of Money have travelled up and down the country training 1,102 people from 549 organisations.  This year Down to Earth joined them in sharing their funeral support expertise with people working in end-of-life situations.

This map of QSA's activities in 1936 is focused on 9 centres in east London.  Those who knew the Bedford Institute Association (QSA) at that time would be amazed at how far the organisation has grown since then. 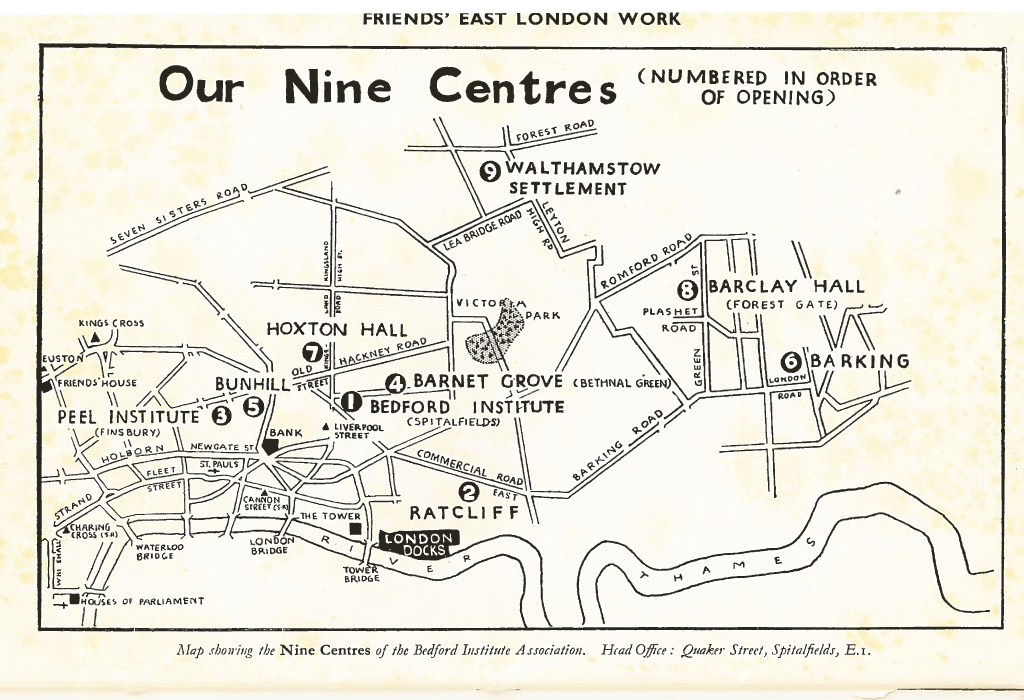